Wines with a view at Weingut Winkler-Hermaden

Wines with a View at Weingut Winkler-Hermaden

The story of Weingut Winkler-Hermaden and its home in a striking 11th-century castle starts with a “small, tough” woman. That woman, Magdalene Helene, was current proprietor Georg Winkler-Hermaden’s grandmother. When he found her diary, which she kept from her arrival at the Schloss Kapfenstein in 1916 through the Second World War, he “began to read and couldn’t stop until the book was finished.”

In 1916, Magdalene Helene came to the castle as a young woman to work as a maid. Just two years later, her employer died and bequeathed the Schloss and its surrounding land to her.

It was a difficult position. “Everyone around her wanted to take over,” according to Georg. But she wasn’t alone for long. “She was lucky to meet my grandfather a year later,” he says. Arthur Winkler-Hermaden had parked himself at the castle while studying the geology of the Styrian basin.

Schloss Kapfenstein is perched above an unspoiled area of southeast Steiermark (Styria) near the Slovenian and Hungarian borders. The subregion is known as Vulkanland Steiermark (Volcanic Styria), as its pockets of vines grow on the slopes of extinct volcanic cones. The Schloss itself is built on an outcrop of basalt tuff, formed by eruptions that occurred here 4 to 5 million years ago, which gives the area its distinctive profile of rounded hills. It’s a part of Austria known for excellence in food and wine, reflected in the experience and products offered by the Winkler-Hermaden family, which now runs the Schloss as a hotel, restaurant, and winery.

Arthur and Magdalene Helene didn’t cultivate wine grapes, but they did propagate the agricultural holdings around the castle. Though much of this farmland was destroyed in the Second World War when the property was occupied by Russian forces, the next generation, Burkhardt Winkler-Hermaden and his wife, Eva, facilitated the reconstruction of the property, including the addition of a tavern. Then, as now, they welcomed visitors for a traditional meal, glass of wine, and sweeping view of the lush countryside from charmingly planted terraces. Careful observers will note a parish church, small chapel, and even the tomb of former castle inhabitants.

By the 1960s, guest rooms had been added and the castle was opened to vacationers. Eva still lives at Schloss Kapfenstein, influencing its style and hospitality, which draws strongly from the local setting and the arrangement of historical features around the property, including gardens, restored architectural elements, and an ancient wine cellar. Rooms have a rustic gentility: spacious, furnished with antiques, and offering matchless views of the countryside through tall French windows of wavy glass.

In the 1970s, Eva’s son, Georg, and his wife, Margot, expanded the property’s four hectares of vineyards, further blending viticulture, agriculture, and hospitality. The couple has included their four now-grown children in this shared atmosphere, which extends to a very young fifth generation.

A Winery for the Future

Georg’s son Christof, an oenologist, says the estate has been farmed organically since 2009. The practice aligns with the family’s commitment to environmental stewardship, “focusing on the best vineyards and replanting for new potential.” With degrees in molecular biology and microbiology, as well as plant sciences, he and his wife, Kathi, also run a small biotech firm focused on creating biodegradable plastics.

Zweigelt, regionally typical Sauvignon Blanc, and Gewürztraminer dominate their plantings, although more than 20 varieties are cultivated on the property. Welschriesling and Traminer, which loves volcanic soil, are also significant to the culture of the estate.

Fungus-resistant PIWI varieties such as Muscaris and Souvignier Gris play a niche but growing role both in the vineyards at Winkler-Hermaden and around Styria. “We’re curious and want to try new things,” says Christof.

“Since the winery is so big on natural production, these varieties are shining at Winkler-Hermaden,” says Leopold Schneemann, head sommelier at WEIN & CO in Vienna, one of Austria’s top retailers. “These wines are unbelievably balanced and structured.”

A few years ago, Winkler-Hermaden put serious Zweigelt, a variety more often prized for easy-going drinkability, in the international spotlight with Olivin, its flagship wine. “It’s a cult wine in Austria,” says Schneemann. “It shows the capacity of the Steiermark: terroir, soil structure, and climate can and do produce high-end red wine.”

Schneemann says, “The wines are never too loud or shiny. Fruit components are hidden at first but show very well after the bottle is opened for an hour or so.”

The family’s open-mindedness has led them to explore biodynamics, even in Styria’s challenging climate and topography. Steep hills, significant rainfall, hail, and cool temperatures make farming in tune with nature difficult, if not, as Christof jokes, “masochistic.” But the efforts are beginning to pay off. “We are very happily now in the phase where yields are increasing,” he notes.

The Winkler-Hermanden family also values and cultivates biodiversity, soil life, animal husbandry, and forestry. In keeping with the closed system they aspire to for their farm, the wood for their small oak barrels comes from the family’s own hilltop forest.

The estate was also one of the first in the area to employ sheep in the vineyard. “We view the agricultural good as an organism and the individual segments as organs,” they say, invoking the teachings of agricultural reformer Rudolf Steiner. “For us, viticulture would be the heart of the business; the family and employees, the brain; the restaurant, our mouthpiece.”

Visitors who want to immerse themselves in the spirit of this place can book one of 16 rooms in the castle. The restaurant offers regional and seasonal dishes, as well as picnic-in-the-vineyard selections.

It’s an excellent place for discovering the distinctive culinary traditions of Styria — perhaps pumpkin seed oil Knödel (dumplings) or a crisp, juicy Backhendl (fried chicken). Fourth-generation Katharina and her husband Johannes run the hotel and restaurant. They prioritize local ingredients sourced from neighboring farms and producers. Third-generation head chef Martin directs the kitchen, and his wife Elisabeth is the “good soul of the house,” according to Christof.

Weingut Winkler-Hermaden is one of ten “sensitive producers and culinary pioneers” that comprise Vulkanland-Kulinariker, a group committed to showcasing regional products. 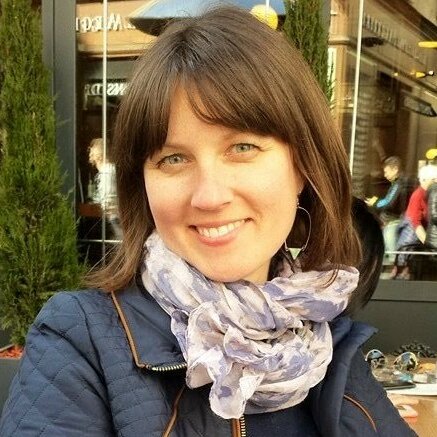