I reach down to the baggage carousel and slip the strap over my shoulder, the weight of a month’s traveling slowly spreading through my frame, equalizing itself. I pause. Something feels wrong. There is a dampness between my shoulder blades and a smell that doesn’t belong: windfall cherries, woodsmoke. I look down to see a small, red pool forming behind my heels. A man in a yellow jacket reaches for a walkie-talkie.

The source is a now-leaking bottle of Fritz Wieninger’s Pinot Noir Select 2006, naively swaddled in pair-upon-pair of walking socks. It’s a memento of one of those evenings spent with a wine in its own home, surrounded by the places and people that made it. In Vienna, vines run up against dentists’ offices, nurseries, tram lines. We think of cities thoughtlessly consuming agricultural landscapes, but here it seems as if the vineyards are growing inwards, invited into a gentile suburbia where the ordinary sights of city outskirts — factories, warehouses, motorways — politely retreat from view.

That Viennese evening coincided with the end of a stint spent working in an Oxford wine bar that triggered a range of vinous itches, and few means of scratching them. My girlfriend and I spent a sunny evening wandering from Heurige to Heurige, sitting under shaded pergolas and ordering from simple, laminated menus: Gemischter Satz 3 euros, Grüner Veltliner 4 euros, Riesling 4,50 euros. There were no vintages, no descriptions. Hearty food was served from ample buffet bars without any sense of ceremony. For someone who had spent a year learning to treat wine with hushed reverence, this felt like a breath of fresh air.

For someone who had spent a year learning to treat wine with hushed reverence, this felt like a breath of fresh air.

Beyond the wines I recognized, the Grüners and Rieslings, it was the shape-shifting field blends that make up Gemischter Satz that intrigued me most. Made from a minimum of three, though sometimes up to ten or even 20, white varieties, co-planted and co-fermented, Vienna’s speciality couldn’t be more convivial.

I’m sure the staff assumed two scruffy English twenty-somethings were simply picking the cheapest wines on the menu. Had my German been better, I might have explained that finding Riesling in a blend felt, at the time, like subbing in turbot for cod in your Friday night fish ‘n chips, or making a cheese toastie with 36-month Comté: slightly transgressive, somehow, but all the better for it. Every glass was a guessing game, if you wanted to play.

At the end of 2015, I returned to Vienna to record an album inside the Bösendorfer piano factory. Imagine a Fantasia-esque workshop: rows of workers calibrating the fall of a single key mechanism for eight hours a day, a man in faded blue overalls making strings by hand, the air sweet with Austrian spruce. Some of the most thunderous, tender, nuanced instruments ever made are born here. Despite this, it is a place of almost complete silence, save for a few gentle whirrs, a flurry of pattering felts, the rasp of fine sandpaper.

The day before the recording session, I visited the Leopold Museum to take in all the Schiele I could muster. Two glorious floors of gawky, sinewy topographies, all eyes, bones, and hair, a monovarietal, vertical dive into a singular mind. Afterward, at the museum café, I sat for a bowl of pumpkin soup, tempted by a quiet table with views over the square. The place was empty. Too empty, it turned out.

The first half-day of our scheduled recording lost to an acute bout of food poisoning, I stumbled to the piano mid-afternoon and managed to rattle off a few fairly safe, technically sound takes. For music that relied on improvisation and spur-of-the-moment creativity, it felt flat and cautious. There weren’t enough surprises or musical problems to solve, I was doing what I thought might sound good. That evening as we sat in a local Weinstube, I felt deflated, anxious at the prospect of having to bring all this music to life the next day. Was it best just to call the whole thing off?

There are times when the feeling of improvisation itself is part of the form of something. It always feels a bit coy to reel out the line about the world’s great wines coming from places where vines suffer; rather like good composers, perhaps it is better to imagine that these wines have unique problems to solve. That, I realized, was the appeal of Gemischter Satz. It is not a version of something, but a creation that tries to find its own unique sense of balance, an answer to a question set almost by chance.

There are times when the feeling of improvisation itself is part of the form of something. That, I realized, was the appeal of Gemischter Satz.

Almost. But not entirely. The American composer John Cage used the Chinese Book of Changes, the I Ching, to introduce random decision-making into his music. He would irritate his mid-century contemporaries, many of whom composed via complex, painstaking reams of calculation, with the observation that their music did not sound particularly different to his. Vintage is a roll of the dice, but the beauty and the tension is in how the wine is made to push against it: how to remain elegant in heat, intense in rain, generous in cold.

It would be too much to suggest that a glass of Gemischter Satz in that small Weinstube brought some sort of epiphany. What it did bring was a deep and welcome sleep, such that the next morning I arrived at the recording studio fresh and calm, unconstricted by the weight of the occasion. When the red light went on, I played a chord I had never played before. The glistening decay of the instrument filled the room. I thought about what it was, and began to work out how it would become what it needed to be. The record was finished right at the close of that second day. It was not always how I had imagined it, not as polished or meticulous. But it had the sound of openness about it.

This is the point where poetic symmetry might have placed a bottle of Gemischter Satz in my carbon fiber suitcase on the way home. Somehow, though, I thought better than to give fate an opportunity. 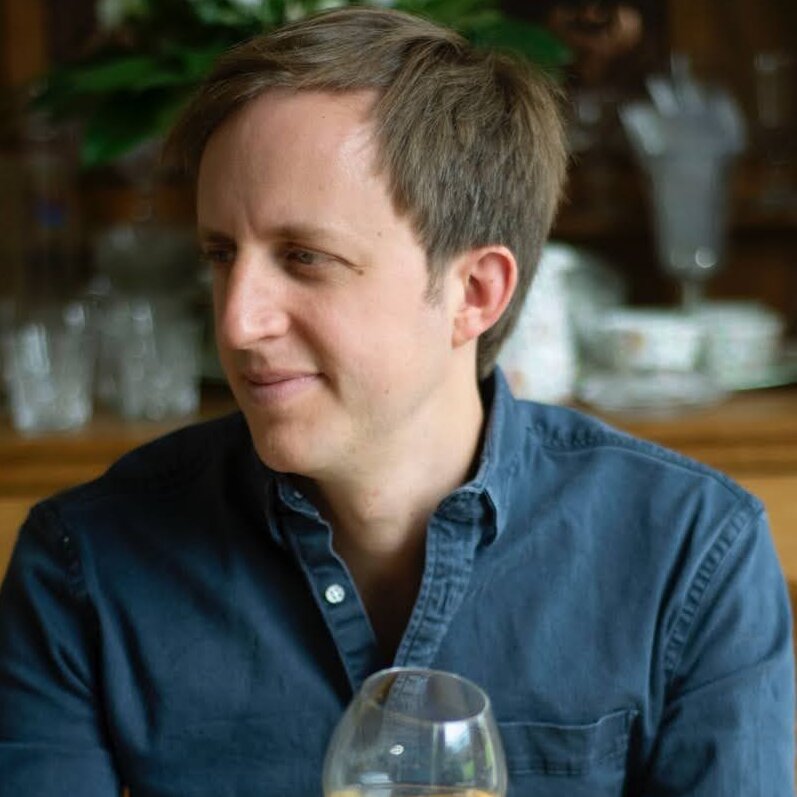