In 2013, I moved to Austria and spent most of a year living in the small town of Eisenstadt. There were several cultural difficulties to surmount, not least the language. Despite my decent grasp of German, I found the Austrian dialect all but impenetrable for the first few months. And then there were the drinking customs.

Because Austria had forged an impressive international reputation for elegant, high-quality wines, I expected to spend my time savoring delicious Blaufränkisch, or getting to know the top single-vineyard sites of the Wachau. But everywhere I went people just drank a mix of cheap white wine and fizzy water. Where was all the sophisticated stuff I’d read so much about?

It was a salutary lesson that you can only learn so much about a country from reading the international wine press. The Austrian Wine Marketing Board does an impressive job of focusing journalists on the top end, so there’s plenty written in august publications such as Decanter or The Wine Spectator about the merits of Kremstal Rieslings, Styrian Sauvignon Blancs, or the high proportion of organic or biodynamic estates. Yet, none of this helped me decode the everyday customs.

As I soon discovered, authentic Austrian wine culture revolves around two key pillars: the spritzer, or G’spritzter in dialect – white wine cut with sparkling water – and the Buschenschank or Heuriger – a simple tavern run by a winery, classically just serving its own wines and simple snacks. Heuriger means literally “of this year” and is short-hand for “this year’s wine,” which is what you’ll be served. The concept dates to 1784, when Emperor Josef II ruled that producers be allowed to sell their own wine and food directly on site. To this day, these unpretentious inns traditionally only open seasonally and irregularly. Some touristic Heurigen in Vienna have evolved into more conventional cafeteria-style establishments open year-round.

The authentic Heuriger experience is described by Viennese wine author and journalist Luzia Schrampf as “an ambience thing – it’s a place that’s just open a few times a year, with tables in between the vines where you’ll be served a Strudel made by grandma and roasted chestnuts.” The concept has endured because a good Heuriger is a convivial, cheap place to sample local produce and enjoy an evening with a spritzer or three. The food, typically cold cuts, cheese, breads, and salads, can be of very high quality.

In either one, the spritzer, served most properly in a glass tankard (or Henkelglas), is the default beverage. It’s a deceptively simple concept – a mix, most popularly, of white wine and sparkling water. Due to its refreshing, low-alcohol nature, the spritzer is drunk in all situations and social gatherings, morning, noon, and night.

Initially, I couldn’t get my head around why everyone wanted to drink what I saw as simply diluted wine. After a few long nights and serious hangovers, the penny dropped. Austrians like to drink, but they don’t particularly like to get drunk. In that sense, the drinking culture is considerably more refined than the Anglo-Saxon debauchery I knew from my youth.

The first rule of spritzer is that there are rules.

The first rule of spritzer is that there are rules. It’s strictly defined in Austrian wine law as a beverage that must contain at least 50% wine and not more than 50% sparkling water. Otherwise it cannot, in theory, be sold under the name spritzer, G’spritzter, or any one of the other many dialect spellings.

In practice, few mix their spritzers 50/50 these days. Kurt Kaiser is a winemaker based in Kleinhöflein, a wine village that is like a suburb of Eisenstadt. He and his wife Sylvia have their own Heuriger, which opens about four times a year. Kaiser says “50/50 is too strong – most people would expect it to be around 1/3 wine and 2/3 water.” His assertion is borne out by a YouTube video made by Austria’s largest retail chain, Wein & Co. Ex-footballer Herbert Prohaska explains how to make spritzer, and sure enough his recipes follow the Kaisers’ proportions.

A Sommerspritzer is even weaker. Luzia Schrampf jokes “if you ask for a Winterspritzer, you’re probably an alcoholic!” The summer variation is a popular choice for semi-responsible drivers, and those with all-consuming thirst.

The second rule of spritzer is that it needs to be made with the right wine.

The second rule of spritzer is that it needs to be made with the right wine. Spritzer is not a forgiving drink. The classic is young Welschriesling with plenty of acidity and citrussy fruit. Anything oak-aged or even slightly evolved will taste disgusting when gespritzt. Wineries make a basic white wine especially for this purpose. Called Schankwein (literally, bar wine), it is typically bottled in liter or larger formats.

The water matters, too. Schrampf says “it has to be soda water, because it’s completely neutral. Mineral water always adds a strange flavor.” Many Heurigen purchase proprietary brands of carbonated water to ensure that the level of bubbles is exactly to their requirements. And here’s where the nomenclature gets confusing. In some parts of Austria, people will order a Mischung – which may or may not be the same thing as a spritzer. Schrampf maintains it is just a regional term, popular in Styria. Kaiser, however, suggests that a spritzer would be made with soda water while a Mischung would use mineral water.

Kaiser hit me with another surprising factoid: “Two or three decades ago, most people in Burgenland drank red spritzer, not white.” The red spritzer is still a feature on most Heurigen menus, however, Schrampf highlights its regionality and says that for her, as a Viennese, “it’s an absolute no go.” As the Vienna wine region is mostly focused on white grapes, this isn’t a huge surprise. In Styria, there’s much love for the Schilcherspritzer, made with West Styria’s typical high-acid rosé, produced from the Blauer Wildbacher grape.

The origins of spritzer are lost in the mists of time, despite the existence of various apocryphal stories. It has certainly been a fixture of Austrian life since the early 19th century – roughly around the time when bottled soda water became widely available. Spritzer has even found its way into politics. Ex-mayor of Vienna Michael Häupl celebrated a second-term victory in the 1990s with the now immortal phrase “Man bringe den Spritzwein!” (“Bring the spritz wine!”) — making the point that where the French would toast a big win with Champagne, Austrians do it with spritzer.

It’s hard to tie down exactly how much Austrian wine is gespritzt each year, but most of it is contained within the table wine category now known officially as Wein. In 2020, that category totaled 11 million liters. However, the picture gets more complex because some like to pimp their spritzers with fancier wine. The much-loved Muskateller spritzer is a popular variant, made with a varietal yellow muscat wine. The floral aromatics and high acidity are a match made in heaven.

The floral aromatics and high acidity of the much-loved Muskateller spritzer are a match made in heaven.

The Austrian Wine Marketing Board puts quite a bit of energy into promoting spritzer, but notably only on the German language version of their website. As director Chris Yorke explains, they’re trying to get people to upgrade the quality of the base wine.

He adds “you can go into any restaurant you like in Austria, point at any wine on the list, and ask for it to be gesprizt.” He’s not wrong, albeit with the caveat that only a profligate would order a glass of expensive Smaragd in this context. Still, even in a Michelin-starred establishment, the staff will happily serve you a spritzer without judgment.

Trying to calculate how much spritzer is drunk each year is further complicated because the Wein category includes another Austrian speciality – Sturm. This seasonal favorite is actively fermenting grape juice bottled or sold direct from the tank, cloudy and still filled with grape sugar.

Most European wine countries have their variants on Sturm, such as Federweisser in Germany, or vin bourru in French. But nowhere else has the concept been commercialized to the extent that it is in Austria. Sturm is available for roughly 10 weeks of the year, starting from the first early grape harvest in August and continuing into early November. During this time, you’ll find it for sale in Heurigen, Buschenschänken, and even on supermarket shelves.

Producing Sturm is a bit of a numbers game. It’s an easy way to make quick money, as the product is sold within a few weeks of harvest. But of course this impacts what’s left to sell for the rest of the year. More significantly, producing Sturm on a commercial scale is specialized. Margret Reinprecht is part of the 15th generation at Weingut Schneeberger, one of Austria’s largest producers of Sturm. The family doesn’t like to disclose their production figures, but when pushed, Reinprecht says that Sturm represents a quarter of their total output, and the numbers are certainly “in the hundreds of thousands of bottles per year.”

Based in idyllic southern Styria, Schneeberger buys grapes from all over the country for their Sturm – including small quantities of PIWIs, or disease-resistant hybrids. These are useful as they are often the earliest varieties to be harvested. Reinprecht says “the secret to good Sturm is freshness and refrigeration.” Typically, the must is pressed and fermented for just a day or two, until it reaches around 4.5% ABV. At that point, it has to be chilled to slow or stop fermentation.

Sturm was traditionally often bottled in Doppler – the squat-necked, two-liter bottles lovingly nicknamed “austromagnums” – but in the 1990s, Schneeberger adopted a 1.5-liter version. This was done for the simple reason that the Doppler doesn’t fit in a standard domestic fridge. Schneeberger has cornered the retail market, and their Sturm is sold all over Austria, in season. The still-fermenting juice has to be handled with extreme care, and thus is either sold in plastic bottles with screwcap or in glass covered with a loose foil capsule. A more airtight seal would risk the bottle exploding as pressure builds.

Despite Schneeberger’s innovations, the Doppler seems to be having a small revival. After all, it’s as authentically Austrian as schnitzel or strudel. One enterprising producer in Kleinhöflein, Stefan Kaiser (no relation to Kurt, apparently) even sells two-liter Sturm bottlings from a massive slot machine outside his winery, together with a range of local products.

Sturm is a joyful, sugary drink filled with effusive grapey fruit – although it comes with certain dangers.

Sturm is a joyful, sugary drink filled with effusive grapey fruit that is hard to dislike – although it comes with certain dangers, as one is never really sure what the alcohol content is. Legally it has to be at least 1% ABV, but in practice it can get up to 8% or more if a bottle is kept for a few days. Reinprecht says “the flavor and alcohol content change every day – and this is something that fans of Sturm really appreciate”.

There are few activities more overtly Austrian than spending time at a favorite Heuriger or Buschenschank, and knocking back a glass of Sturm with some roasted chestnuts. Visiting Schneeberger at the end of August showed me just how seasonal this beverage is though. I was just a few days too early and there was none to be had. Hiking in the Styrian alps exactly one week later, I found Sturm on the menu at a remote mountain hut.

I enjoyed a delicious glass as an aperitif. And I did what any self-respecting Austrian would do. I had it gespritzt. 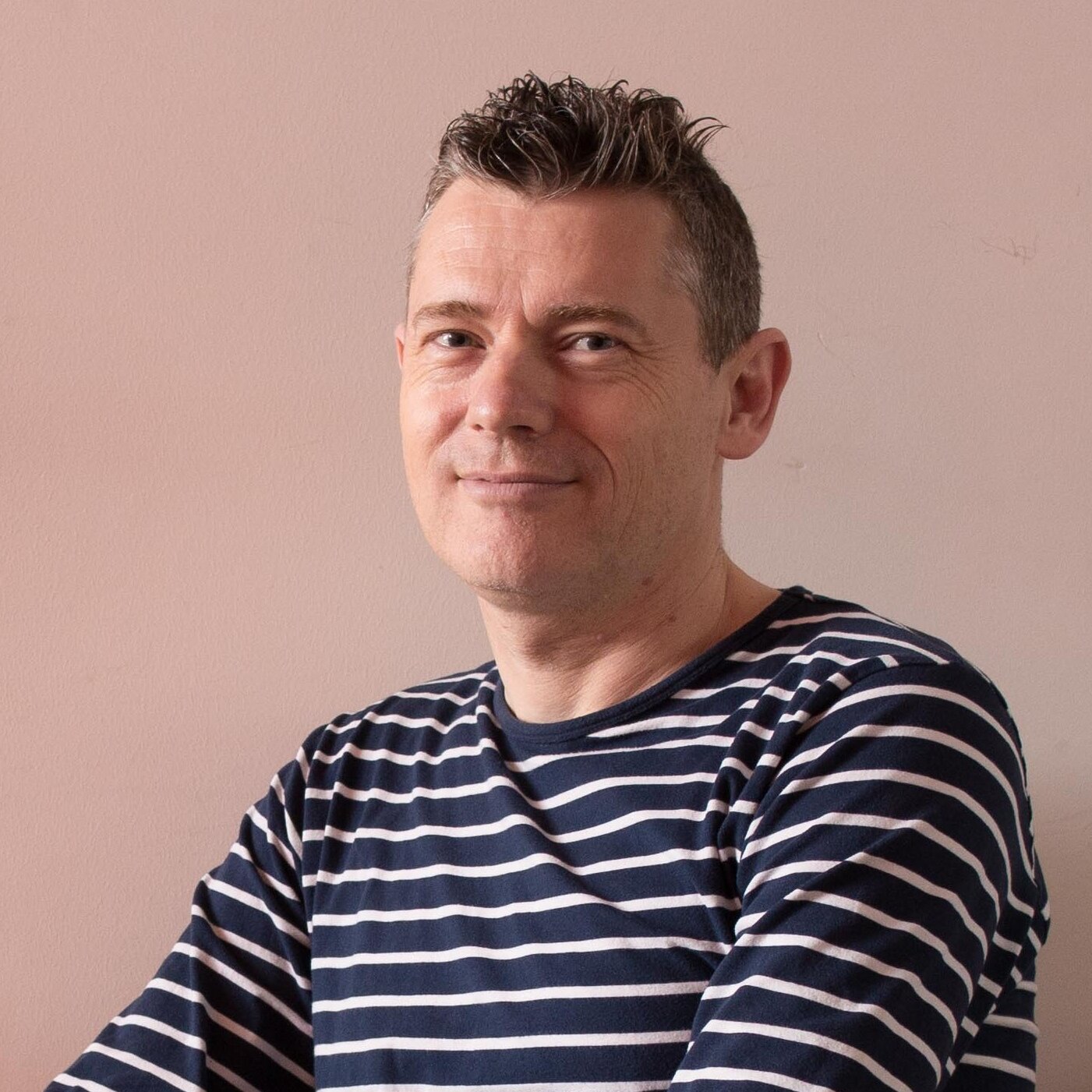