What to Drink When a Somm Comes to Dinner

What to Drink When A Somm Comes to Dinner

It is Friday night and I’m terrified. In 24 hours, a top sommelier is coming to our house for dinner. A sommelier who puts together the wine lists for a global restaurant group; a sommelier who has spent over 30 years training more somms than I’ve seen typos on a wine list; a sommelier who matches food and wine the way the rest of us match our Sunday outfits.

And tomorrow, I’m responsible for the wine.

My wife draws up a shopping list for the meal, blissfully unconcerned. “We’re not a restaurant,” she says, “why should she expect Michelin-starred cooking?” She’s right, of course. Everyone knows that the training and technical skill required to create restaurant food takes years, so people Make Allowances. When it comes to wine, in theory, one need only choose well. Anyone can do it.

Anyone, that is, not paralyzed with fear.

I need wines that are interesting (she’s a somm after all), food-friendly (obvs), and brisk enough that we can sample multiple bottles throughout the evening without collapsing from extreme palate fatigue halfway through.

I imagine the strained smile at the
hoisin/Barolo palate car-crash,
and put them all back.

I wander into my cellar, drag out dusty bottles, and hold out hope my muse is lurking behind one of them. I google regions that I don’t remember. I wonder why the hell I bought some of them.

Italian… she does like Italian, and there are few better food wines… I feel myself moving toward a decision. Then I think about how most of these still youngish Italian wines — with their pithy bitterness and devil-take-the-hindmost tannin — will play out with our Asian-inflected food. It’s not a nice thought. I imagine the strained smile at the hoi-sin/Barolo palate car-crash, and put them all back.

The thing is, I’ve been writing about the world of drinks for 20 years, and I’m reasonably good at matching a style of wine to the food, expectations, and palates of the diners. But that’s because I generally know more about the subject than the guests do. This time, I’m a competent adolescent pianist being asked to perform for that nice Mr. Mozart, as I match food, wine, and occasion for someone who’s made a living doing just that for two decades.

The situation is complicated further by the fact that this particular sommelier will undoubtedly bring a bottle as well. My wines then not only have to stand up as selections in their own right, they also will be compared to the bottle chosen by The Expert.

What if she brings a quirky, brilliant bargain, and my selections are safe, expensive, and uninspiring? “Show-offy but dull” is maybe the worst wine-crime after “cheap and horrible.” Then again, suppose the Austrian orange I have in mind looks tokenistically hipstery, like my palate’s had a mid-life crisis? Or the natural white has turned the final corner into cider? On reflection, “wincingly on-trend but undrinkable” is a worse crime than “show-offy but dull.”

None of this agonizing, it should be said, is a reflection on my gracious guest. We’ve been friends for 15 years. I know she won’t care. And if I were to ask her, she’d say as much.

The trouble is that while everyone says that they don’t mind, deep down they do. We all know it because we’ve all been there.

The best matches are part of a bigger picture: the evening as narrative.

If you read this magazine, you likely care quite a bit about what you drink — quite possibly more than some, most, or even all of your friends. Within your group, you will probably be The Person Who Likes Wine. Which means that, almost certainly, a version of the following conversation will be familiar.

Friend (wringing hands): I don’t know what to bring when we come to dinner.

You (magnanimous wave): Anything is fine. If you like it, I’ll like it. I won’t judge. Seriously.

(fast forward one week as you tidy up after the dinner party)
You (judging x100): I can’t believe they brought that supermarket Sauvignon Blanc! We told them we were having beef. Couldn’t they have made a BIT of an effort?

And this, I think, is the point.

Whatever you go for, you need to have concrete reasons why you’ve chosen that bottle. Your thesis won’t always be correct, and that’s okay so long as you show the work. Even when the wine lets you down, when the thinking behind it is sound you can justifiably say you did your bit.

After all, wine is the most sociable of drinks. Being able (even briefly) to explain why you’ve chosen to put something on the table in front of your guests is a good conversation starter. And if your great idea in theory falls flat on its face in practice, at least you can laugh about it.

In terms of putting wines together for an evening, I like to think of them almost as venues; each one offers something different. One bottle can be fun and lively (a metaphorical arcade-game stop), another one more upmarket and contemplative — like relaxing with the paper in a members’ club. Mixing them up — and knowing which one to include when — is more fun than trying to repeat the same thing.

Ideally, each pairing needs to work with both whatever you’re serving and whomever you’re serving it to (there’s no point offering a steely Furmint to your friend who likes big fruit and a bit of residual sugar, for instance). But the best matches, I believe, are part of a bigger picture: the evening as narrative.

With six hours to go, I’ve entertained multiple combinations of reds and whites from around the world in the kind of exercise that maths teachers often use to explain probability; I’m feeling somewhat overwhelmed by the odds. Particularly as the window for anything that needs decanting draws nearer.

I take a deep breath, step back from the shelves and jot down what I know about our guest.

I stop at that last word.

“Refreshing” in wine usually means bottles from cool places where the grapes naturally retain their acidity even as they ripen; high altitudes, northern latitudes. Often including light to mid-weight, non-shouty grape varieties like Pinot Noir and Riesling.

A lightbulb pings in my brain, where my muse was hiding all along. And judging from the empty bottles, phone camera roll, and state of my head the next day, I’d say the dinner went well. So well, in fact, that I may have suggested that we do it again in a few months’ time. I’d better start picking out my wines now...

Oddball natural Austrian rosé frizzante from a cult biodynamic producer. It’s not too expensive and it’s unusual so we can talk about it in a wine geek way. This is a gamble, but it’s a deliberately playful, low-rent one. If the wine is underperforming or we don’t like it, we can always have a Martini instead.

Saar Riesling from on high. This is only QbA (so officially not as prestigious as Spätlesen or Auslesen wines), but it’s a magnificent offering nonetheless — bright, brisk, complex, and constantly changing. It’ll be great with the lightly spiced Thai prawn starter but it will be beautiful to sip, savor, and talk about afterwards, too. A wine that’s worthy of discussion while our palates are fresh and the night is young. This is a bit show-offy, but only because the wine is superb. It’s still good value, all things considered.

In many years, this would be too light for the beef strips with a slightly sweet, slightly spicy marinade, but ripe recent vintages will make it a good match. It has the weight and fruit ripeness to envelop the exotic elements and won’t taste bitter even against the sweeter elements in the dish. German Pinot is (no pun intended) hot at the moment, it’s better value than Burgundy and makes for an interesting discussion without being painfully intellectual. And, in this case, it’s a chance to show some support for a region that was so horribly hit by the floods this summer too.

Since it’s from the Valais I’m not sure this counts as an umlaut wine, but I’m prepared to cut myself some slack. It’s been fermented in concrete eggs, which gives it an extra layer of texture — like putting a grain filter on a digital photo. It’s an effortlessly ripe and silkily light-footed example with elements of northern Rhone spice to it, and without the squeaky, drying oak character that would clash with the food. Again, a nice chance to compare and contrast if we’re still feeling talkative. Or just to swig back happily if we’re through with talking about wine. 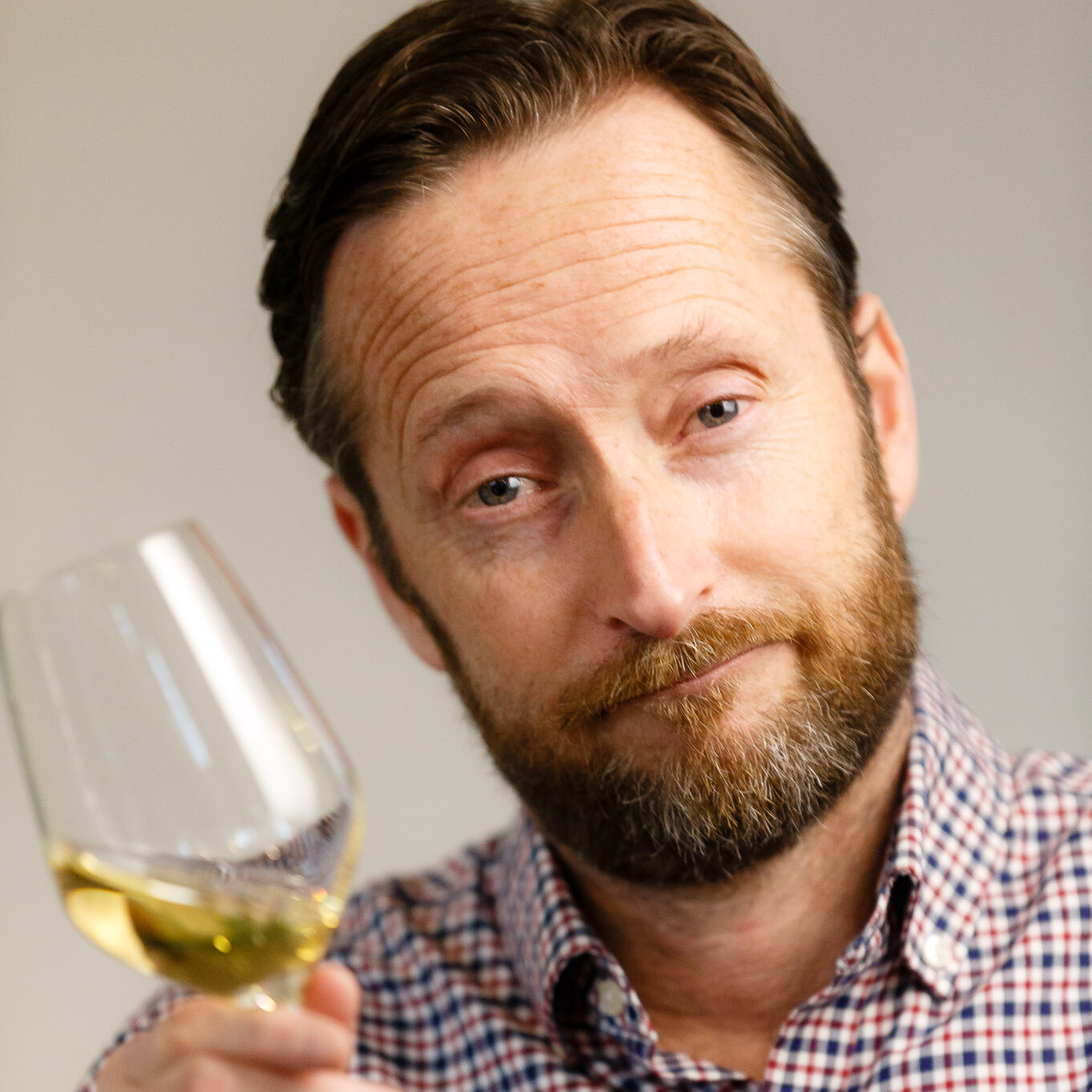