A Gut Feeling: The Impossibility of Trusting a Wine Brand from Afar

These days, when I discover a new wine producer, it usually happens at a restaurant. I turn the bottle around, read the information on the label, and later, research the wine on the Internet, looking for a blog post or something reliable on Instagram. Maybe I’ll find a few photos, or a social media post from someone I trust who has actually met the winemaker. Someone lucky enough to be living in Europe, who is able to do what I once did on a regular basis: hop on a train, rent a car, find the vineyard — or, meet the winemaker at a tasting held on a quiet afternoon in a city.

When, after years of living in New York and Paris, I settled down to live on a farm in South Australia with my winemaker partner, Anton, I was determined to keep up my rigorous approach to understanding wine, specifically natural wine. The 24-hour flight would not stop me from traveling to Europe on a regular basis — I knew there would never be any substitute for meeting winemakers, and ideally seeing where they work. The notion of “terroir” includes the people whose hands guide a wine from vine to bottle. Even when I became a mother, I believed I could keep up my travels. It was only when the world shuddered to a halt in March 2020 and Australia closed its borders that I resigned myself to armchair wine journalism, relying on the wonderful contributors to the magazine I publish to help me tell stories about natural winemakers.

But Australia has kept up the world’s strictest and longest border closures, with no fixed date for reopening as of this writing. And I’ve come to understand in a much deeper way how important those in-person experiences were. There is no substitute for intuition, the feeling of connection that arises when you spend time with someone. Everything you thought you knew about a wine can be upended by a remarkable encounter in which a bond is forged. How to explain it? Let’s call it a gut feeling.

Everything you thought you knew about a wine can be upended by a remarkable encounter...

It was the tail-end of spring in 2018. Anton and I were spending a month in Europe with various tasks at hand — including sourcing natural wines to import for his restaurant in Australia. We arrived in Vienna, planning to spend a few days in nearby Burgenland, before driving east to Slovakia, where Strekov 1075 was on our list of hopeful imports.

“We have appointments with Claus Preisinger and the Renner family,” I reminded Anton, as we pulled the rental car out of the airport. “And I just heard back from Gut Oggau. Do we want to try to visit them?”

He squinted in thought before replying, “Yeah, that would be good.”

The thing is, we were skeptical.

Gut Oggau was everywhere. You couldn’t page through Instagram without stumbling on their extremely catchy labels, with those iconic facial sketches and scant information about the wines themselves. Our curiosity was piqued. We had met winemakers Stephanie and Eduard Tscheppe-Eselböck at a frenzied tasting during one of the Loire Valley salons the previous winter, and we had the impression they were nice people. They had inquired politely about Anton’s wines, made under the label Lucy M, and about my magazine, but we hadn’t had time to chat. Their wines were energetic, solid, and natural. But we had also begun to ask ourselves whether Gut Oggau was a particularly great winery or just the beneficiary of clever marketing?

The Heuriger where the couple live, make wine, and serve light fare was practically unmarked. We entered to see Stephanie and Eduard whisking away plates and pouring glasses for a lively crowd in the light of dusk. Leafy vines hung from a wooden archway that bridged the space between what looked like their home and a bottle shop.

We entered the shop through a wooden door and browsed for a few minutes — there was La Sorga, from the Languedoc; Microbio Wines from Spain; Chateau Béru from Chablis. Stephanie and Eduard met us with flushed cheeks for a tour of their winery, a rehabilitated 17th-century cellar, including a mammoth wine press from decades past.

And then we sat down to drink wine.

Eduard opened a bottle of something and Stephanie appeared with two enormous, tiered platters. They were stacked with cold meats and cheeses made by a local friend, smoked fish from nearby Lake Neusiedl, and pickled vegetables grown in their garden. There was sourdough, baked by another friend. Eggs with bright yellow yolks, sitting in a sauce, came from their chickens. Heurigen, by definition, are not allowed to serve warm food. But we were not lacking — everything tasted incredible.

Before long, we were tipsy and relaxed, and all our cards were on the table.

Before long, we were tipsy and relaxed, and all our cards were on the table. We learned that Stephanie’s family has an acclaimed restaurant on the other side of the lake; Eduard came from a wine-growing family in Styria, and they had children. They told us about the significant bank loan they’d taken on in order to make all of this happen. We explained our situation, too — Anton spoke about his recently built winery shed, for which he’d also borrowed money, and I talked of the dreams I had for my then-start-up magazine. By the time we opened the third bottle, which I vaguely remember as the “Racines” field blend from the Courtois family, in the Loire, I was sharing a story about the time I visited chez Courtois and their dog bit my hand. We no longer stood for the brands we put out into the world; we had become individuals.

Laughter erupted — over what stories, which jokes? They’re lost in the blur of time and faded memory. I had no notebook in front of me; I wasn’t intending to write about Gut Oggau. I was there to see Stephanie and Eduard as people. As we continued opening wines past 1am, then 2am, a spark developed in our little quartet: intuition. It is the thing I crave now, that can never be replaced by word-of-mouth recommendation or glimpsing someone’s life over Instagram; it is the warmth and humanity that a person communicates in their basic acts of generosity. It is the feeling that someone is honest and caring, conveyed in simple gestures: The way they pour a glass of wine, the tone of their voice, the stories they tell of their children and career.

In Austria, I learned later from Stephanie and Eduard, there is a saying: “If you remember, you have not been there!”

I’m sure that when I finally have the chance to sit down together again with winemakers over a glass of wine, connecting the faces on social media to actual humans, I will understand what has been lost, and gained, during these times. One thing I know I’ve gained is a sense of perspective and appreciation for the irreplaceability of these shared moments between people who make and love real wine. 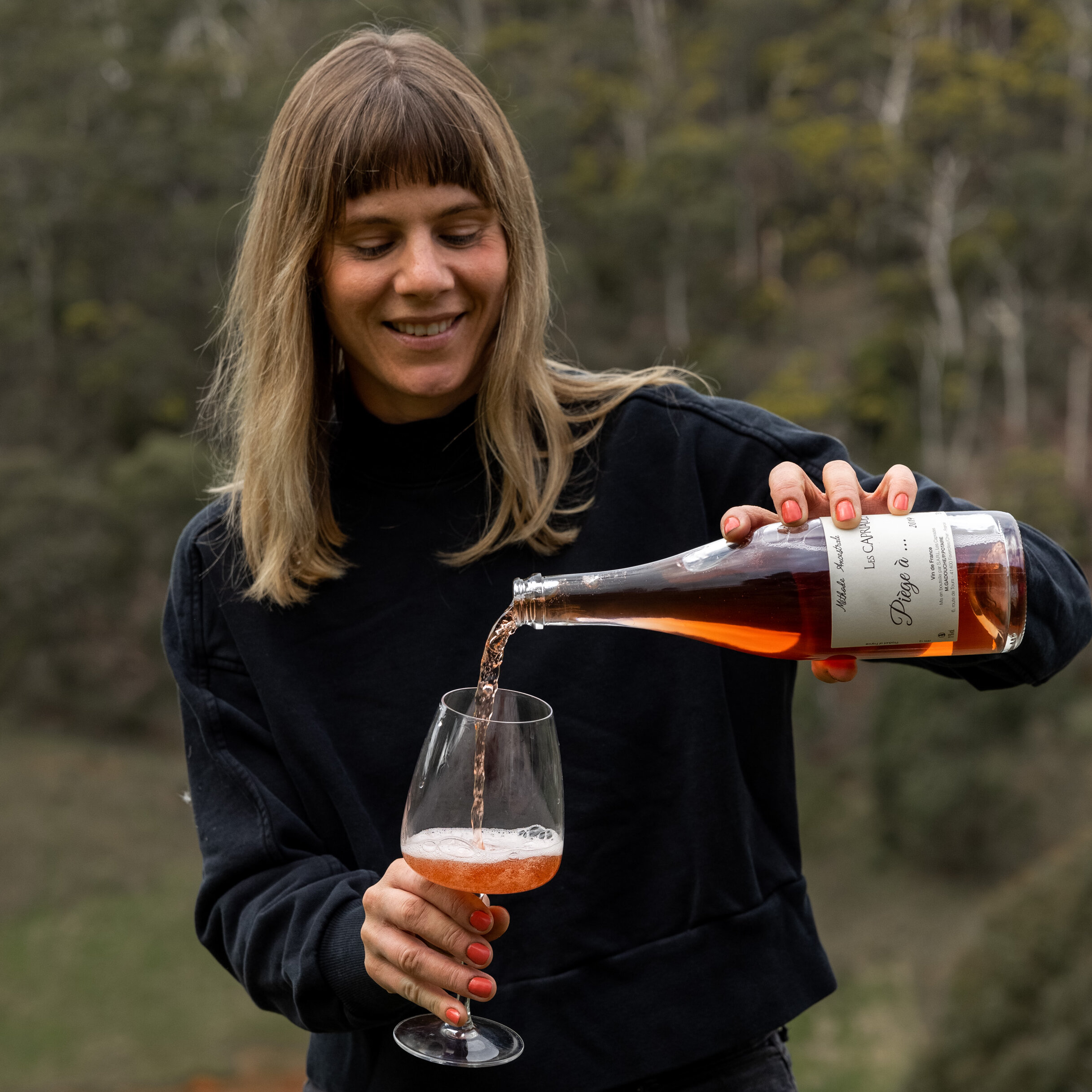