There’s no end to writings about how wine affects people. It begets relaxation and well-being, of course, but also stimulating discussion. The right bottle can be just the spark needed to light up a dull evening. But can certain wines channel our moods and perceptions in different ways?

This question was often posed by Wolf-Dietrich Salwey, a vintner who passed away in a car accident in 2011. Known for his unconventional character, Salwey routinely invited neighbors, colleagues, and friends to his estate in Oberrotweil in the Kaiserstuhl to explore the influence of specific grape varieties on his circle within a delineated set of conditions. The group typically included Freiburg-based architect and urban planner Professor Horst Linde as well as an employee of the Freiburg Agency for Catastrophe Planning, known to friends simply as “Catastrophe Dieter.”

“My father was driven by his curiosity,” explains Wolf-Dietrich’s son, Konrad Salwey, who has run the estate since his father's death. “He wanted to explore peoples’ reactions to drinking very particular wines.” Wolf-Dietrich Salwey carefully observed what unfolded at the table, including topic choices and “the way in which they were expressed and discussed.” One evening might see only Riesling poured, another Grauburgunder, Silvaner, Spätburgunder, or even Gewürztraminer.

“That,” remembers Konrad Salwey, "got pretty intense." With its typical full body and opulence, and rich bouquet of rose petals, lychee, candied orange peel, and mace, Gewürztraminer from Baden and Alsace can be polarizing. Also considered a wine of the clergy, Gewürztraminer holds a reputation for promoting spirituality. But how would the clique of Professor Linde and Catastrophe Dieter react? Gewürztraminer, Konrad Salwey remembers, supported contemplation among the wine drinkers, stimulating deep thoughts and discussions.

On the evenings Wolf-Dietrich Salwey poured Spätburgunder, he observed a relaxed, cultivated aura: “Everyone grew quieter.” But he also organized Bordeaux evenings, mostly remembered for their seamless transitions from relaxation to a twilight mood. There were times when Bordelais crus were poured and “at some point everyone around the table fell asleep.” By contrast, when Riesling flowed freely, the evenings grew spirited, with bold theses and “pointed commentary.” They tended to last long into the night – “Riesling keeps you awake.”

The most astounding impact came from Grauburgunder, which when grown in the warmth of the Kaiserstuhl, reveals opulent body and alcohol, and from which one would likely expect a more soporific effect. However, it proved highly stimulating. Salwey noted how mild discussions shifted into a lively, heated state, at times exceeding the boundaries of impartial discourse. Grauburgunder, Konrad Salwey notes, gets the blood boiling: “It is not a wine for people with heart issues.”

Grauburgunder is perhaps the finest reflection of the Baden temperament. It could be surmised that during the 1848 rebellions against the nobility, the intractable farmers and winegrowers of the region were galvanized by the grape's fiery incitements. Those Baden revolutionaries stood out for their obstinance and recalcitrance. In line with his father's inquisitive spirit, Konrad Salwey has devoted significant thought to the grape's nature. Grauburgunder punishes the grower who neglects it, he says, speaking from his own experience: “It doesn’t forgive easily and might even be called vengeful.” From the perspective of the study of the humors, Grauburgunder can be considered sanguine, with choleric tendencies. Gewürztraminer, by contrast, corresponds to the phlegmatic type, with a mildly pensive, even melancholic, character.

Salwey explored how wines work as a catalyst for moods, a medium around which to frame an evening.

Wolf-Dietrich Salwey's study groups generally focused on a single variety, to allow for a thorough examination of its impacts. But when he saw that things were getting a little too heated, he'd pour a “corrective” wine. If the mood was flat and the group reserved, he’d uncork a Riesling or Grauburgunder “to liven things up.”

When a painter was interning at the estate, the vintner quickly recognized the chance to deepen his study. Salwey poured various wines for the artist as he worked at his easel, then assessed the resulting works. From the measured Gewürztraminer came a contemplative landscape with a wayside cross, while the Grauburgunder led to a sketch with the “adventurous head” of a bird of prey. “That confirmed my father’s perceptions,” Konrad Salwey said.

Franconian vintner Hansi Ruck of Iphofen is also a painter and believer in the Platonic doctrine of affections. It holds that music portrays — and can summon — shifts in moods and passions. This can unquestionably be conferred to wine, Ruck says, drawing on his love of classical music, including the works of late Romantic composers such as Anton Bruckner and Gustav Mahler. When it comes to wine, however, Ruck is more of a radical; accommodation is a controversial term. He steadfastly refuses to condone any “softening sweetness,” a characteristic of many Franken wines of the prior generation.

Ruck sometimes retreats to his cellar to listen to classical concerts, and has even followed broadcasts of the Wagner Festival in Bayreuth from there since the acoustics are better. For those occasions, he opts for mature wines or Große Gewächse from Silvaner and Rieslings “for more serious things that require intellect.” Silvaner, often underestimated because of its restrained character, “grounds you and brings you back to earth,” he believes.

Even as a young vintner, Ruck recognized that the right wine can elevate in certain situations. On dates, he would load his VW Golf with Bocksbeutel — Scheurebe, Müller-Thurgau, and Bacchus — “wines you don't necessarily have to drink cold.” Not all varieties, he believes, are intended for important occasions, but rather are better suited to accompanying the profane elements of daily life: if a Scheurebe helps with a flirt, why can’t a Domina pair with an oil change, a Kerner with vacuuming, or a Dornfelder with lawn mowing?

The complex character of Spätburgunder is the focus of Kraichgau winegrowers Uwe Lange and Marco Pfleihinger, who run Weingut Forgeurac, an estate known for its novel Pinot Noir. They are especially appreciative of those from the Côte de Nuits, which they visit regularly. A good Pinot Noir has “something unbelievably free, but also formal” to it, says Lange. It touches all the senses, awaking euphoria without taking control. You won’t start listening to punk music and dancing on the table, “but it gets your head working, inspiring incredible ideas.” Riesling, which is often described as Spätburgunder’s white counterpart, goes a step further in its polarization: “Riesling stirs things up, but inspiration can quickly turn into aggression,” Pfliehinger observes. He believes Chardonnay, particularly from Burgundy, is more balanced, more inclined to plumb the depths: “It turns the gaze more on the inner sphere than the outer one.”

Lange also enjoyed several of Wolf-Dietrich Salwey’s evenings: “He was out there – a cool cat willing to follow unconventional paths to get to the bottom of something,” he says. Salwey explored how wines work as a catalyst for moods, deploying them intentionally as a medium around which to frame an evening.

“Today we treat wine more superficially,” surmises Konrad Salwey, “interested in just a few, easy-to-pronounce varieties.” While the unusual Kaiserstuhl evenings ceased with Salwey's passing, his theses seem to continue to be proven true today. As evidenced by the health of Professor Linde, who recently celebrated his 104th birthday, even as the current whereabouts of Catastrophe Dieter remain unknown.

Originally published as “Von feuchtfröhlich bis staubtrocken” in taz am wochenende  / Translated by Weinstory.de and published here with the author’s permission. 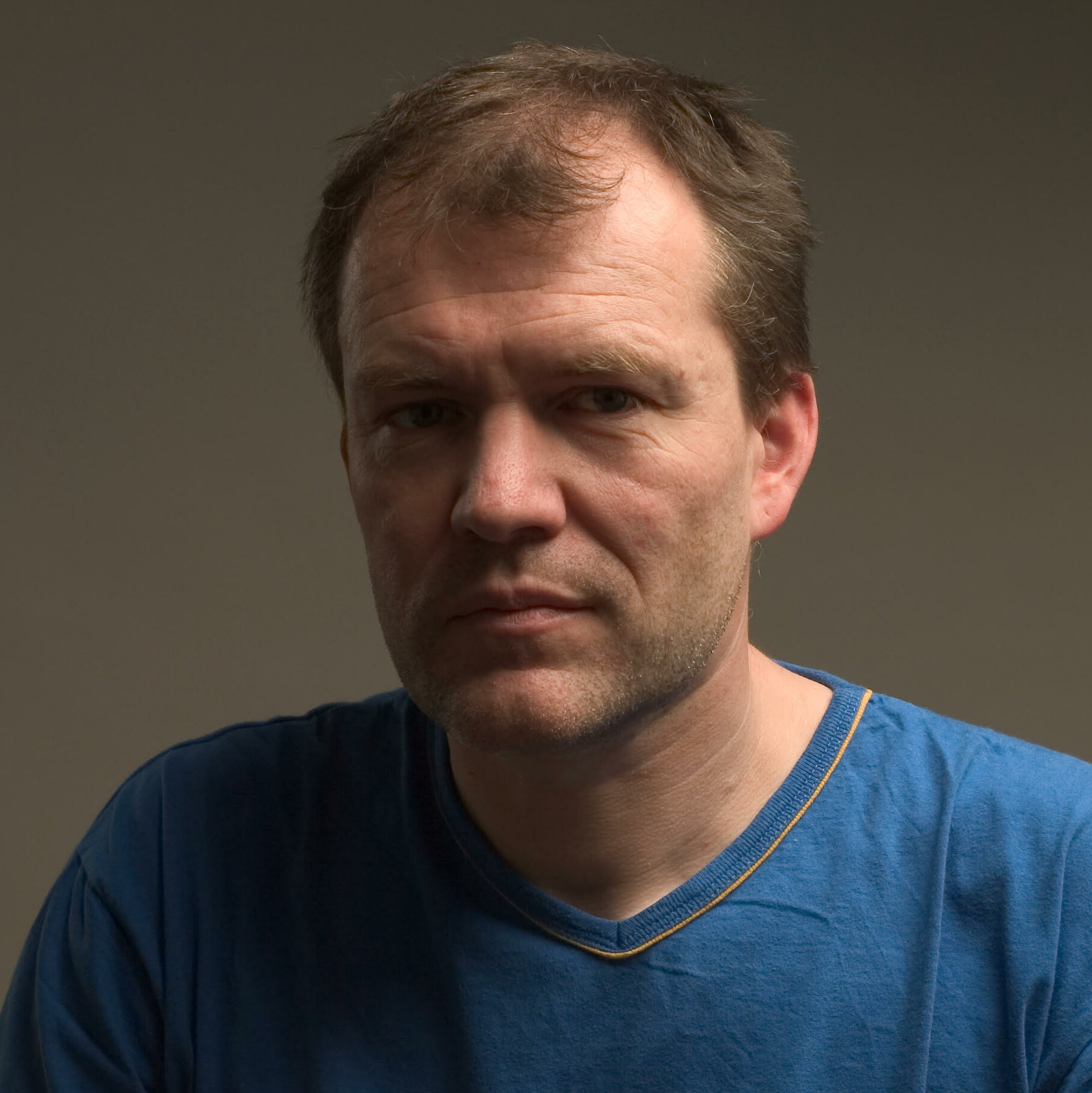