The Donatschs were never conformists. Starting in the 1970s, Thomas Donatsch of Graubünden turned the Swiss wine landscape on its head with his illegal Chardonnay plantings and barrique experiments. In 2019, his son Martin broke the price record for Swiss wine with his Réserve Privée. Yet it hasn’t always been easy. A conversation with Martin reveals a few of the reasons why Swiss wines remain an insider secret.

When it comes to wine, what makes Switzerland so unique?

Switzerland is an extremely multifaceted country. Two radically different regions can exist within mere kilometers of each other. Ticino for example embodies Italian flair, while western Switzerland is infused with the French touch. This diversity isn’t just cultural, it also plays out in nature. We have a range of highly captivating yet extremely different grape varieties, many of which only grow here. Some had been almost completely forgotten, before the renaissance they are experiencing today. Here in the Bündner Herrschaft 一 especially in Malans 一 we have Completer, an ancient variety that produces fantastically expressive, high-acidity and age-worthy wines.

When did you start cultivating Completer?

The variety had almost completely disappeared from Malans. My grandfather, as so many other winemakers have done, ripped his vines out in 1947. Luckily the Plantahof, the agricultural school for the Canton of Grisons, was obligated to maintain a few vines. In 1993, already looking forward to our 100th anniversary to be celebrated in 1997, we went ahead and replanted Completer.

Today there are 7 hectares of Completer in the entire world, almost all here in the Bündner Herrschaft. Why?

Simply put, we have the right climate. Our vineyards are situated between 550 and 700 meters above sea level, meaning the grapes ripen very late. Completer needs that extra time. Although we tend to have very cool nights in autumn, the Föhn leads to warm, sunny days, which protect the grapes from botrytis. You won’t find these conditions anywhere else. My father served as a consultant for a time to the Domaine de Beychevelle in Bordeaux and maintained some experimental plantings of Completer there, as well as at Château Haut-Brion. The berries routinely rotted on the vine before they could ever achieve ripeness.

With our limestone soils, we have similar conditions to those in Burgundy. Yet our vegetation periods are significantly longer: flowering happens about a week behind Burgundy, and harvest is two or three weeks later. This ensures tremendous concentration in the grapes; not just in terms of aroma, but also in terms of acidity and pigment. We have hosted Pinot specialists from around the world, and they were all amazed at the depth of color our Pinots develop. Although Bündner Pinots tend to be very concentrated with high alcohol levels, they also express a beautiful sophistication and elegance. I’m cheeky enough to count Herrschaft among the five best Pinot regions in the world.

You won’t find these conditions anywhere else.

And yet Bündner Pinots — and Swiss wine in general — are barely known outside the country’s own borders. Why?

There’s a relatively simple reason: we’re traditionally an import country. Our production is so small that we barely cover our domestic market. Beyond that, as a non-EU country, shipping can be complicated for us. When I send a package to Germany or France, the contents are almost worth less than the postage. That’s why Swiss winegrowers have never really focused on export. The flip side, of course, is: why isn’t the world more interested in Swiss wine? The world’s most famous wine countries — France, Italy, Germany, Austria — literally surround us. Why shouldn’t there be world-class wines to be found in Switzerland?

What do you think about exports?

While I get along with my parents extremely well, the one place where we’ve always differed is when it comes to export. We’ve had inquiries from the best addresses — the Burj al Arab in Dubai and Noma in Copenhagen, for example — but my father never wanted to risk selling our domestic customers short. So our answer has always been: “Sorry, we don’t export.” That bothered me. I finally managed to get my way and today we export about 5% of our 30 – 35,000 bottles. It’s important to me that Switzerland doesn’t hide itself away as a wine producing country. And we have to show our best face, our true triumphs, in export. There was a time when the only thing you’d find abroad were liter bottles of Chasselas in supermarkets. That’s no way to build an image. We need engines for Swiss wine.

While we’re talking about engines — your father in his time turned the Swiss wine landscape on its head.

Our estate has been in the family since 1897. In the early days it was a classic fill-your-own-needs operation. My father was in the first class of winegrowing students in Switzerland and shifted our focus from mixed farming toward viticulture. Because he wanted to see the origins of our varieties, he traveled to Burgundy long before it was the thing to do. There he developed a close friendship with André Noblet, the winemaker at Romanée Conti, who told him: "You have fantastic grapes, but you don’t know what to do with them." Noblet saw my father off with two La Tâche casks in the trunk of his car, and that’s how my father came to make his first wine in barrique in the early 1970s. It was a revolution! People said all sorts of things about us, that the wines were distorted, or atypical for the Bündner Herrschaft, even that we ought to lose our appellation. Today, barrique aging is a given. The same thing happened with Chardonnay. My father planted it illegally. Strictly speaking, we should have had to rip it out again, but we were able to drag out the process so long that it was ultimately approved, though we still had to pay a hefty fine. My father was the first to produce sparkling wine using the méthode champenoise, and sweet wine, and fortified wine on the Port model. He was always exceptionally curious and revolutionized a number of things.

Back in 2019, you yourself created quite the stir at the annual auctions at the Weinbörse in Bad Ragaz. A bottle of Réserve Privée 2013, an Auslese of your top wine Unique, was gaveled in at 1,000 francs — a record for Swiss wine. How did that feel?

At first I had a major crisis of conscience. I didn’t really feel better until international colleagues reminded me: “Hey Martin, why shouldn’t that be allowed to happen in Switzerland?” As a country, we’re quite unusual on this point. We Swiss expect each other to be discrete, that’s our mentality. The worst thing to do is flaunt your success. I don’t quite agree with that. I’m too proud of what we’re doing to hide it. I wasn’t pushing export for my own reasons, but rather for the good of Swiss wine as a whole. I wish more of my colleagues would do the same. We have so many good winegrowers in the Herrschaft. Our region’s strength draws from the collective quality at the top. But we need to work more with each other.

Although Bündner Pinots tend to be very concentrated with high alcohol levels, they also express a beautiful sophistication and elegance.

The current vintage of Unique costs 78 francs ex cellar. What’s your sense of the general pricing for Swiss wines?

Internationally speaking, there are very expensive world-class wines and very inexpensive everyday wines. The same quality spectrum exists here in Switzerland, only within a much  narrower price range. Premium Swiss wines are eminently affordable and simple bottles much too expensive, if you’re looking at an international comparison. We raised the price for Unique by 12 francs this year — almost unheard of by Swiss standards. My reasoning is that the wine routinely sells out in the first two or three hours, and then appears two days later for twice the price on Ebay. That stressed me out. I want my wines to be consumed by people who enjoy them, not by speculators. Which is why we also offer alternatives to our customers: our Passion range can be had for 38 francs, the Tradition for as little as 22 francs. Nevertheless, I was still hesitant to raise the price of the Unique. But the feedback has been overwhelmingly positive. We’re not planning to sit on the profits, but rather to re-invest them.

Interesting that you should mention that. There’s nothing wrong with earning money on wine.

To be completely honest, I have everything I need. I eat and drink well, go on vacation. People are becoming greedier all the time. That’s not healthy. The happiest person is the one who’s satisfied with what he has. 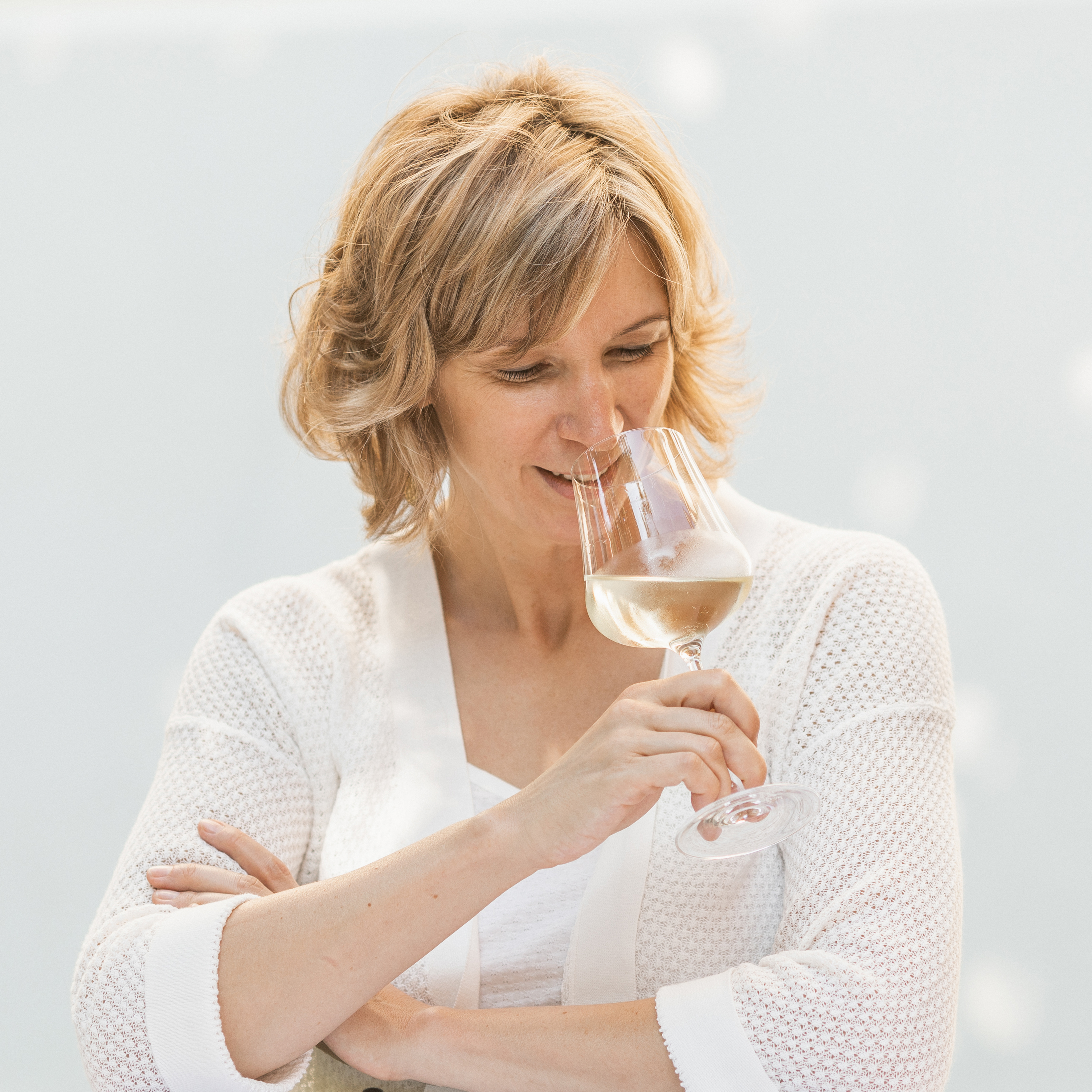