When Vermouth Was Spelled Wermut

When Vermouth was spelled Wermut

It was the first hour of my first shift, and of course, it was a "Manhattan Cocktail." I pictured the flashcards heavy in my pocket from the cram-session the night before:

To that point, I had known Vermouth as little more than a grandmother’s drink, the bottle dying a slow oxidative death in wood-paneled curios around the world. So after making the guest’s request, and in the name of job experience, I downed the remaining jigger of inexperienced overpour. Later, I would comment to the bar manager that it tasted a bit like cola.

Years later, what would stay with me was not the content of the flashcards, but rather that in the jigger. The memorable inner tension of the Vermouth: rich sweetness balanced by complex bitterness, a velvety texture of plum, cherry dancing a two-step with old leather.

Vermouth gets its name from the German word Wermut, which means "wormwood" and also happens to be the defining ingredient in the infused wine. The word Vermouth, however, does not enter the English language until 1806 (nearly the same year as the word Cocktail appears). Before this, it is "Wormwood Wine," "Absinthium," or "Artemesia Vinum."

Commercial creation of the product we know as Vermouth actually first happened in 1786 on the cobbled streets of Turin. Europe was pre-revolution, and what we know today as Germany, Austria, Switzerland, and South Tyrol were collectively part of "The Holy Roman Empire of the German Nation" and a complex set of kingdoms. Divided and controlled by kings, dukes, and counts. Turin was the capital of the "Dutchy of Savoy" or the "Kingdom of Sardinia."

Among the powerbrokers of Savoy was a young 21-year-old botanist and shop assistant named Antonio Benedetto Carpano. He combined 30 herbs and spices, including  wormwood, with sweet and floral Moscato wine. Some say from his family recipe. Others speculate that this was one of many examples of famous local products produced in every home in the region. However it came to be, Carpano's resulting wormwood wine was a local commercial success.

Conveniently, the wine shop where he first sold his wormwood wine was in the courtyard opposite the Royal Palace. This plaza was the diplomatic base for the Duchy of Savoy at the time. A complex set of languages were spoken and written at court. Latin, Italian, and the many dialects of German were most common. And Carpano was, as an established part of the "Enlightenment," a fan of Immanuel Kant and Johanne Wolfgang von Goethe. Whether it was romantic or commercial inspiration, Carpano chose to market the product under the name of "Wermut" or "Vermuth" rather than the local "vino d'assenzio."

Vermouth was the dusty bottle dying a slow oxidative death in wood-paneled curios around the world.

The Duke enjoyed Wermut so much that he forbade it from being sold outside of the Turin city limits. By 1790, the city’s booming café culture had embraced Carpano’s drink, and the rest, as they say, is history.

Today, "Carpano Antica Formula" is the accepted benchmark for “Italian Vermouth.” It is recognized as the best sweet Vermouth on the Italian market, and in many circles the best Vermouth. (Re)-launched in 2001, the formula remains true to the original Carpano family recipe and is credited with driving the modern renaissance of the "premium vermouth" category.

MEANWHILE BACK IN GERMANY…

Nine years before Carpano was born, we have an account of the German affinity for wormwood wine. The British botanist Dr. John Hill wrote in his 1756 book The British Herbal that Roman wormwood is the "most delicate but least of strength. The wormwood wine, so famous with the Germans, is made with Roman wormwood, put into the juice and works with it: it is a strong and excellent wine, not unpleasant, yet of such efficacy to give an appetite that the Germans drink a glass with every other mouthful, and that way eats for hours together, without sickness of indigestion."

In 1660, Samuel Pepys, an administrator of the English navy, recounted in his diaries the Londoners’ appreciation for wormwood wine made from the German Rhenish wines: "...Mr. Shepley and I went to the Rhenish Winehouse, and there I did give them two quarts of Wormwood wine, and so we broke up."

Or glimpse into the letters of the famed Bohemian Royal and General Albrecht Wenzel Eusebius von Wallenstein. In 1630, after being recalled from Emperor Ferdinand II during the Thirty Years War, he wrote to Gerhard von Taxis, the captain-general of Friedland, asking for several preparations for his return. "Make provision of all things against my coming, especially of new wine...have good wormwood wine also prepared, both sweet and dry..." he wrote. Very discerning tastes.

The medicinal use of Wermut to calm the stomach after long journeys and support digestion was a recommended remedy in the times of the Prussian and Austrian Empires. Then and now.

Suppose we leapfrog back to the turn of the millennia when famed Roman naturalist "Pliny the Elder" wrote A Natural History in 79 AD. Therein he describes sowing wormwood around grapevines as another way to produce "wormwood wine." Pliny's writings were typical reading for the Roman aristocracy.

The first Roman Empire under Germanicus Julius Caesar marched north on Germania in 59 BC. With the Roman conquerors came grapevines, herbs and farming techniques. They organized and documented many botanicals that you can find native to Europe today. Consider that the three most common wormwood strains used in Vermouth are Artemesia Ponticus, Artemesia Absinthium and Artemesia Maritima.Each has written origins dating to Pliny’s time and within the same geographical area of the Empire.

Returning the herb garden to the vineyard has re-ignited the culinary imaginations of winemakers.

The German-inspired Wermutkräut history is long. For the German-speaking countries in the former Holy Roman Empire, the traditional uses for aromatic botanicals in home remedies, liqueurs and spirits production are commonplace. Consider Jägermeister, a homemade "Jäger-Liqueur" in Germany or an "Alpenkräuter Likör" in Austria. All of them likely have Wermut in them. But our story has one more chapter to be told.

Do you remember the inner tension of that dusty bottle of Vermouth? I certainly can’t forget it.

And with that unforgettable balance and complexity in mind, a different Vermouth — a terroir Vermouth defined by both the Mosel region and the German history of the drink that is called Würzgarten Vermouth — was born. Over my career in hospitality I had created dozens of custom Vermouths for bars and restaurant projects. Yet following the completion of my Certified Spirits Specialist Certification in 2015, I found myself in the Mosel valley three years later and allowed myself to dream a little bigger.

The legendary wines of Grosse Lage classified site Ürziger Würzgarten surrounding the Ürzig Gewürzgarten have a long and intertwined history. And my wife Tanja and I have now added our own thread to the complex Ürzig tapestry. The botanicals for our Gewürzgarten Vermouth grow at the foot of the vines in the Ürzig Gewürzgarten, and the kabinett wine is sourced from local Bernkastel legend Ernie Loosen of Weingut Dr. Loosen. “Producing a Vermouth that is honest to the terroir of the Würzgarten vineyard is a great joy,” says Loosen. “Getting to use the herb garden along with our Riesling from the Würzgarten vineyard makes it a natural marriage of flavours and herbs. This is a Grand Cru Vermouth after all.”

We construct the botanical spirit and use it to stop the wine's fermentation. No sugar added. The natural sweetness from the Riesling is all we need. Like Carpano did all those years ago.

But we’re far from alone. Across Europe, many producers today are returning to traditional farming techniques in pursuit of a more holistic agricultural approach. Some use nitrogen-rich ground cover to encourage soil health, planting flowers, herbs and botanicals promoting bee health. Some are growing a veritable herb garden between the vines — wild fennels, lemon balm, wormwood, and dandelions, to name a few.

And Spain, Italy and parts of France maintained their regional Vermouth culture when the rest of the world had turned their back on “traditional” ingredients.

This is good news for vermouth.

After 20 years of coming out of its shell, vermouth has entered a new renaissance. One with engaged interest from consumers. Where smaller wineries and spirits producers recognize the benefits of a Vermouth on their menu. Carried by the movement of the classic cocktail resurgence in places like New York, London and Berlin, vermouth has made a meteoric comeback. A search for authentic classic recipes with traditional ingredients has brought back many lost souls. Returning the herb garden to the vineyard for nitrogen rich ground cover has re-ignited the culinary imaginations of winemakers.

Yet with the very inspiration for Vermouth embedded in the German language, the question remains. Will German-speaking countries fully embrace their history and Vermouth like our French, Italian and Spanish neighbours?

Like many Vermouth fans in Germany, Switzerland and Austria, I am betting on it.

Long gone are the days of "dry martinis." Today, the wettest of all wet martinis are in fashion. The 50/50. Half gin, half Vermouth. Stir well over ice to slowly combine, chill and infuse with a little water to open up the bouquet in the glass.

Throw in your favourite citrus fruit or rind for garnish and enjoy.

If you want to drink Vermouth like the maker, look no further than the “Spritz” or “Schorle." Your favorite soda water mixed with Vermouth and a citrus rind is a simple way to enjoy. With the Würzgarten Vermouth we use grapefruit rind in the glass and mix with a 50/50 ratio. Don't fuss about the measure, use your own mood and occasion to judge the ratio. If using old ice in the freezer, be sure to rinse thoroughly first. Or use the perfect spheres seen in the picture for the perfect "Highball." 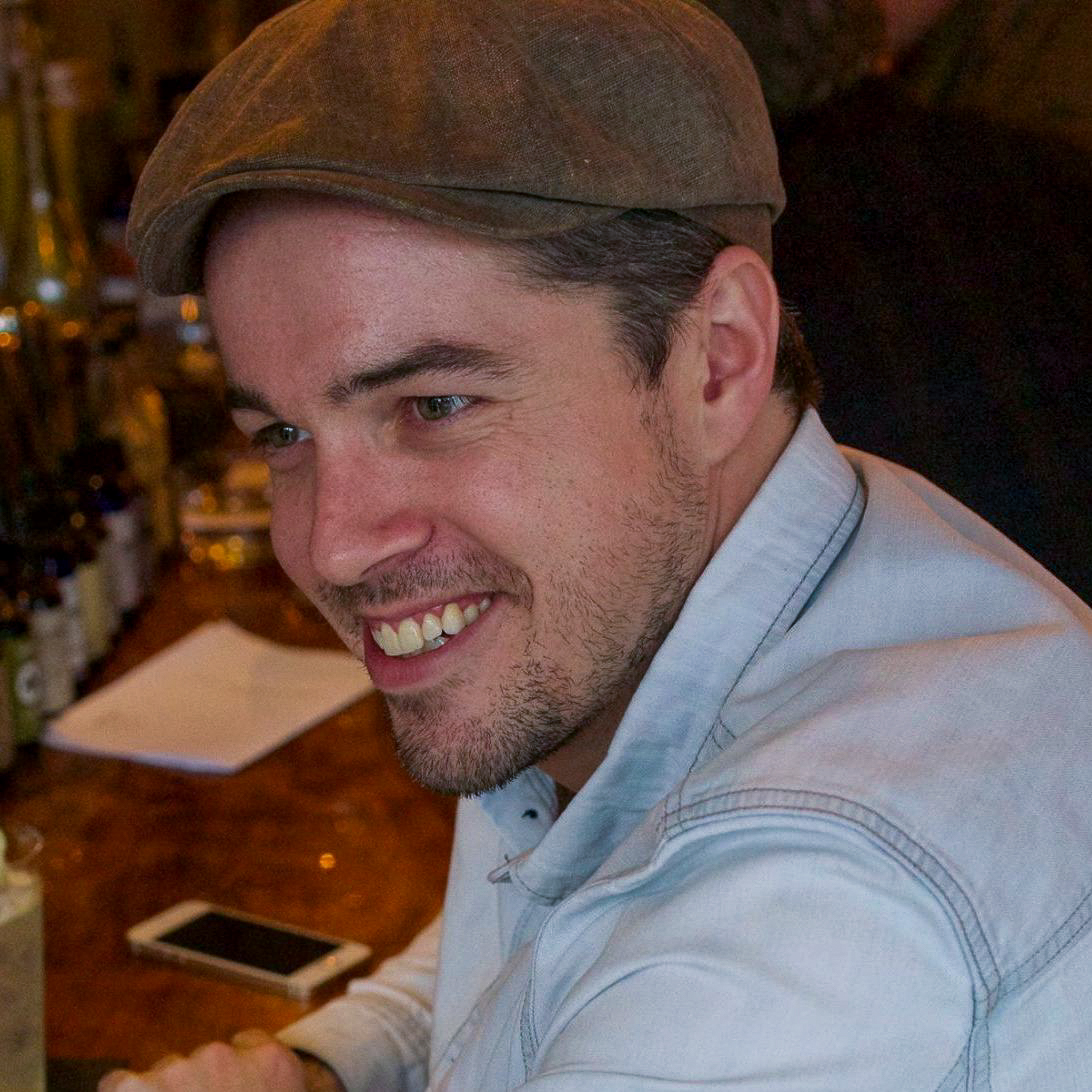