Germany seems to require an official examination for everything. Qualitätsweine ("quality wines") are no exception. Those that fail the test are slapped with the Landwein label. In April 2015, a group of top growers from Baden, deep in Germany’s southwest, joined forces to rebel against the official inspection system. Flaunting what officials would think of as a demotion, they decided to wear Landwein as a badge of honor. Baden has long been seen as the kinder, more conventional Germany. Thus Landwein is a direct challenge to that sensibility, one that takes on more significance because it seemed the unlikeliest of places for revolt.

It happened the way so many revolutions do: born of mutual frustration, shaped in a dark, wood-panelled room, fueled by a few bottles of wine. A group of like-minded local vintners had planned to end the day relaxing at the Hotel “Alte Post” in Müllheim after spending the day together touring the Müllheim Wine Market, founded in 1872 and one of the oldest showplaces for Baden’s vintners.

Yet the mood was anything but relaxed. It was angry. The winemakers were frustrated by what they’d seen at the market. “There were more than a hundred wines there and all of them tasted the same,” Hanspeter Ziereisen recalls. “It was nothing but mainstream. Without exception the wines were all slender, cold fermented, clear, and fruity.”

Ziereisen was the first vintner to set Baden’s battlefield between conformity and individuality ablaze.

Ziereisen was the first winemaker to set Baden’s battlefield between conformity and individuality ablaze. He lives and works in Efringen-Kirchen, a village in the little triangle of land where Germany meets France and Switzerland known as Markgräflerland. His wines weren’t poured at the fair that day, nor were those of the other producers gathered around the table. At the Weinmarkt, only “quality wines” were permitted. Theirs hadn’t made the cut.

The German Wine Law, adopted in 1971, divides wines into categories. Those that aspire to the highest level — “quality wine” — have to make it through an official test center. Tellingly, nearly all German wines pass. More than 95% are sold with the word Qualitätswein on their labels. Compliance is controlled by the 26 individual Landwein regions with designations of protected origin deemed to demonstrate regional typicity (the equivalent of AOP in France and DOC in Italy.)

The examiners, who come from within the wine industry, are supposed to bring an objective, technical approach to the wines: checking to see that they are marketable, clear, and, above all, free of commonly agreed upon flaws such as excessive volatile acidity. But of course, one examiner’s “flaw” is another’s “character.”

Of course, one examiner’s "flaw" is another’s "character."

For winemakers who make unusual wine, this judgement can be fatal. Their wines are often experimental, unfiltered, and not infrequently cloudy, with many uncommon aromas. Because such wines deviate from the codified norms of taste, they are rejected as Qualitätswein. The producers then have to market their wines as Landwein, the second-lowest quality level that exists under the Wine Law. Because this category is intended for simple, less sophisticated wines, Landweine are not, for example, permitted to state the grape variety on the label.

As the group tasted through their own "lowly" wines that evening, they noticed something had gone wrong with the test.

As the group tasted through their own “lowly” wines that evening, they noticed something had gone wrong with the test. What they had in their glasses was far more interesting and full of character than what they had tasted during the day. In this way, the Qualitätsweine examination is also a hurdle that polarizes: for the viticultural association and the examiners, it is a measure of quality assurance; for others, the institutionalization of the mainstream.

"quality assurance" vs. "institutionalization of the mainstream"

This contradiction is rarely so apparent as in the person of Hanspeter Ziereisen, 53. A trained carpenter, asparagus farmer, and self-taught winemaker, Hanspeter long resisted having anything to do with the tradition of grape growing in his family. He comes across as a bit impatient and speaks fast, with the rough accent of those from Markgräflerland.

While others raise their white wines for freshness and youthful drinking, Ziereisen puts his in wood, letting them ferment at ambient temperatures. He gives them time, sometimes years, and then bottles them unfiltered. “I only found white wine truly interesting when I started to make it like red wine,” he says. This makes the wines earthier, spicier, creamier, smokier — the stylistic opposite of what Baden’s wine association established years ago as regionally typical.

"Their decision to stick with wine ultimately formed the core of the Baden resistance."

2004 was the first year his wines failed to pass Qualitätswein muster. Even today his wife, Edeltraud, recalls how devastated her husband was: “He hardly spoke for days and doubted himself,” she says. The couple discussed whether it even made sense to continue as a winery or if it would be better to concentrate on vegetable farming. Their decision to stick with wine ultimately formed the core of the Baden resistance: Since then they have deliberately foregone quality wine status and sell their wines strictly as Landwein.

He wasn’t the first Landwein vinter in Germany, but he was the first from the league of top producers to voluntarily downgrade his wine.

“Now I make the wines the way I like,” says Hanspeter. He has become much more open and creative, fermenting some top wines in amphorae, leaving others for years in wooden casks. He wasn’t the first Landwein vinter in Germany, but he was the first from the league of top producers to voluntarily downgrade his wine. And the greater the contrast between his wines and “quality wine,” the higher the ratings by sommeliers and wine guides. Gault & Millau, for example, gave the 2018 vintage of Ziereisen’s Gutdedel “10 hoch 4” its highest rating, 100 points: a monumental wine, a wine for the ages. Gutedel (aka Chasselas) was long the New Zealand Sauvignon Blanc of Switzerland and southwestern Germany. But Hanspeter’s are highly complex, with fewer fruit but more spice aromas — simultaneously dense and light on their feet.

Now he’s reached a wonderful punchline of his career: His failure to make “quality wines” has made him more successful than ever. His wines are popular at home and abroad; he exports a third of his production. In this way the Ziereisens have become models and leading figures for all who flaunt the system. “More and more winemakers are converting; they don’t want to conform any more,” says Edeltraud.

And of course this is exactly what an ever-growing segment of the wine world is looking for: wines that contravert the mainstream. And that’s long since held not only for Baden, but for other regions as well. Often it’s wineries from the natural wine scene, whose wines are too headstrong for the examiners at the testing offices of their regions. The “100% Landwein” movement has spread across the country, from natural wine leading lights Daniel and Bianka Schmitt of Rheinhessen to Weingut Roterfaden in Württemberg.

The "100% Landwein" movement has spread across the country.

Over the past five years for which official figures are available, Landwein (and a related category Deutscher Wein, or “German wine”) has hovered between 2.2% and 4.9% of total German wine production, albeit with no clear trend emerging even in the longer-term figures.

Still, it’s an age-old story: one person finds the courage to step forward and others then follow. Even those who, early in their careers, normally can’t afford to take on so much risk. A few kilometers from the Ziereisens’ operations is the mini-domaine of Max Geitlinger. The 36 year old not only runs a fantastic inn in Egerten, close to the Swiss border, he also makes his own wines to pour for guests. He remains just under the radar, with impressive Pinot Noir and Müller-Thurgau, but also a stunning Regent and one of my favorite rosés. His Spätburgunder (aka Pinot Noir) is marked by a freshness and juiciness that give the wine unbelievable Trinkfluss — that wonderfully untranslatable German word that means each sip animates the next until the drinker reaches a state of perfect flow.

Geitlinger noticed the way Ziereisen’s “despite Landwein” status worked. He saw that demoting the wine opened up wider creative vistas. “I didn’t want to make wines in a way that was oriented to the test, but rather in a way that I found interesting,” says Max, clearly echoing his mentor. “Landwein means freedom to me,” he says.

Dirk Brenneisen is also among the new Landweinwinzern. Brenneisen is a friendly man who prefers a mischievous grin to excessive chatter. He recently founded a small domain, also in the Markgräflerland. A few years ago, finding himself short on stainless steel tanks for his Gutedel wine, he made a spot decision to put the wine into a leftover wood cask. “I was thrilled by how the wine developed. Much more complex, longer lived, with much more character,” Brenneisen says. He lets the wines rest on their fine lees, some for up to a year. They are intensively spicy, nuanced, and layered. They often have a light note of baking bread, with finely integrated acidity that is not at all the clear, unambiguous play of aromas typical of Baden Gutedel raised in tank. His wines, too, were repeatedly rejected by the Qualitätswein examiners. But when Brenneisen saw that in the neighboring village Hanspeter was converting to Landwein, he found the courage to follow suit.

Brenneisen, Geitlinger, Ziereisen — all sat around the same table that April evening, brought together by their dispiriting encounters with Qualitätswein. “And then we all thought at once: If they don’t want us, we'll just do our own thing!” explains Brenneisen. The group formed a plan: To make their own market, exclusively for Landwein.

The group formed a plan: To make their own market, exclusively for Landwein.

It took just a few weeks for the rebels of that evening to grow to a group of 17 top winemakers wanting to present their “failed” wines, including long-established Demeter icons like Klaus Vorgrimmler and Roland Lindner, as well as newcomers such as Forgeurac. Now the fair of “failed” wines is a magnet for sommeliers and buyers. Among the Landwein producers, they find exactly what they seek: wines that are different. Requests are coming from all over Germany for the market to be replicated. When the producers opened their third Landwein market, the master classes were sold out months in advance. As reviewer Michael Schmidt has noted: "instead of being perceived as third rate, the designation has become a byword for exciting, individual, sometimes outright unconventional wines” — especially in traditionally by-the-book Baden.

By the time Jancis Robinson came to the Baden countryside in spring 2019 to see the Landweinwunder for herself, it was clear the winemakers had triumphed.

By the time Jancis Robinson came to the Baden countryside in spring 2019 to see the Landweinwunder for herself, it was clear the winemakers had triumphed. “In my 35 years of work, the wine world has never been so fluid,” Robinson, said, standing at the fair. “It is the quality that counts. Not the conformity.” Next to her stood the Ziereisens, whose t-shirts read “Sex, Gutedel and Rock’n’Roll” and whose grins they could barely contain. 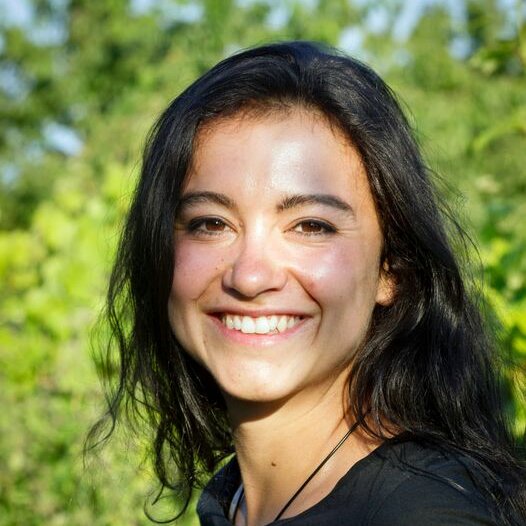