EAT + TRINK: Wurstsalat as Mood Board

EAT + TRINK: Wurstsalat as Mood BoarD

I felt lonely on the Internet the day I started researching the origins of Wurstsalat.

I looked in far-flung corners of the web for sausage scholars who might have dedicated time to writing about the rules and methods of this intriguing dish. When I hit a wall, I did what any well-trained millennial would do and typed #wurstsalat into Instagram’s search bar.

The things I saw there were either appetite-inducing or frightening, sometimes both at once. Lying in the cascade of pictures amidst German cowboys, balsamic glaze swirls, wedding celebrations, crinkle-cut fries, and loads of curly parsley was a possible answer: Wurstsalat is a subjective form of expression. It’s not so much a recipe as a delicious moodboard, where sausage is the star.

Wurstsalat is a subjective form of expression.

Wurstsalat is exactly what it claims to be: sausage salad, typically of the cooked and emulsified sort, known as Fleischwurst or sometimes Lyoner. The meat has a firm texture and is seasoned with a festive spice blend. It is traditionally hot-smoked and shaped into a tubular horseshoe. Sliced, the sausage is then tossed with thin-cut onions and vinegary pickles, and brightened with their juice.

North Americans tend to refer to this type of sausage as bologna, which comes in various forms and quality grades. I’d suggest trying to get one that’s about five centimeters in diameter by asking your butcher for the smaller style, ring bologna. Good quality mortadella, sliced in fine strips, could also work. If you live in an area with a good Eastern European meat shop, congratulations, you’ve won the Wurst jackpot and should have plenty of choices on hand.

After you’ve secured this base (sausage + pickle + onions), things evolve a little depending on where you are. Within the German-speaking countries, four major styles can be found. In Bavaria, the recipe is simple, like the one above. An earthy, typically firm and dried version of blood sausage called Blutwurst is added in Württemberg. In Baden and Alsace, cheese, cut into cubes or batons, joins the party. In Switzerland, it picks up the name Wurst-Käse Salat, and is similarly made with the mildly spiced cervelat and one of the country’s delightful, firm mountain cheeses such as Gruyère or Emmentaler.

Wurstsalat must not be confused with Fleischsalat, which binds the sausage and other ingredients with the creamy addition of mayonnaise. There are few supporting roles in the dish, but cherry tomatoes, cucumbers, and paper-thin slices of radish can make an appearance, which creates balance and a welcome crunch. Wurstsalat can also be part of a Brotzeit (literally, bread time), a lovely tradition of eating a spread of snacky things before lunch or as a robust apéro. It can easily be served as a meal, too, with a side of crusty bread, soft pretzels, or fries.

In the end, my struggle to find an origin story for Wurstsalat may have been because there isn’t really one. I was ready to settle for an urban legend or at least the name of a monk who could be credited. Truth is, Wurstsalat came from butchers wanting to use scrap ends from sausage slicing, and that was that. A practical, money-saving, zero-waste solution. It is omnipresent on German-speaking tables, as a homemade or store-bought item, and reflects the pan-Germanic cultural celebration of all things sausage.

The first Wurstsalat I ever ate was on my in-laws’ balcony on a hot August night, when firing up the oven seemed like a threat to sanity. The simple pleasure of a family gathering centered around a bowl of cut sausages spiked with cornichon brine was a revelation of the most delicious kind. A simple tomato salad blanketed with garden herbs and a basketful of warm, doughy Bretzen completed the meal.

The simple pleasure of gathering around a bowl of cut sausages spiked with cornichon brine was a revelation of the most delicious kind.

The recipe below is adapted from that perfect summer evening and is an homage to my Swabian mother-in-law, who has great taste in all things food. She taught me the basics of this classic dish so that I too could come up with a version of my own when the mood strikes.

Lunch for one: A Wurstsalat recipe

This recipe is scaled for one person, to celebrate the delight it is to make food for oneself. Eat it in your favorite circumstances: standing at the counter, or in front of a silly movie, while reading a book, or in the bath — the choice is yours. In case of company, just multiply the ingredients by the number of guests.

It is also a perfect reason to whip out the best vinegar and oil you have (no Mediterranean flavors here, so refrain from using olive oil) as they will brighten the dish considerably, and maybe your day, too.

100g sausage (I use a mix of Fleischwurst and Blutwurst, half and half)

1 tablespoon wine vinegar of any color

A pinch of salt, and lots of black pepper

1- Peel the outside casings of the sausage(s) and slice thinly. There are many national opinions on how the sausage should be sliced: when using a wider or bigger piece (like mortadella), cutting slices into fine strips works well. The sausages I used were of perfect sizing to cut in half, then slice thinly in half-moons. Keep a bite–size piece in mind and choose your own adventure.

2- Cut the cheese. I like batons, but you might prefer dices, or even shavings made with a vegetable peeler.

3- Cut the vegetables into thin slices. That includes the pickle.

4- Put all this in a good-looking bowl of appropriate size and season freely with the dressing ingredients.

5- Serve with a side of your choice. Pictured here is a dense loaf of homemade bread my husband flavored with caraway seeds. That was heavenly. A dollop of mustard is optional, but highly recommended, because life is really all about the condiments.

*I would add chives, chervil, parsley, or even chopped tarragon to Wurstsalat for a bright touch, but I wouldn’t want to make anyone angry and risk my German residency, so I’m hiding this suggestion here at the end.

The recipe is for a Swabian–style sausage salad, so my first recommendation is a no-brainer: Trollinger! I highly recommend the joyful interpretations of Jochen Beurer or Andi Knauss, who sublime this grape with light extraction, bringing the fruit into sharp focus, with notes of black pepper that could be a great final seasoning for the dish.

A good white wine would also work well, such as a Riesling from Christoph Hoch in the Kamptal, or the Gutedel from Wasenhaus in Baden. A wine with skin contact would also be a friend, like Touch from the Koppitsch family in Neusiedl.

A pét–nat like the Kiss Kiss Maddies Lips from Staffelter Hof in the Mosel would work wonders, as would a Crémant d’Alsace from Durrmann or Kreydenweiss.

If this sounds all over the place, that’s because it is. Wurstsalat is a charcuterie board mixed in a bowl, so beverage pairings can range broadly. Approach your selection based on time of day and occasion, or lack thereof. If you feel overwhelmed by choices, do what I would, and go for a cold beer instead. 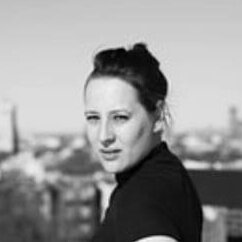